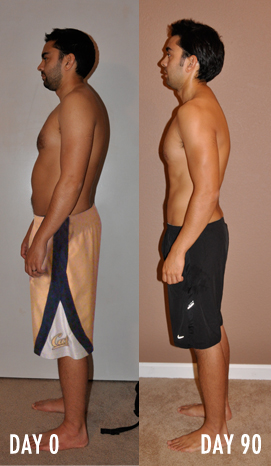 We are hearing reports that Pat Flynn is trying to increase his transparency.

Pat Flynn is known for starting a trend of transparency within internet business circles. To differentiate himself from all the hype-y and scam-y internet marketers, he was the first to post his income online each month in what is know as an ‘income report’.

“When I first started online, no one was being transparent. But now it’s different. Everyone is doing income reports,” Pat said. “Don’t get me wrong, I’m glad they’re doing it. I’m flattered that basically everyone in online business feels the need to copy me. Not only that, but it’s good for the internet! That being said, I’m looking for new ways to stand out among the crowd and be true to my brand.”

Now Pat Flynn is kicking it up a notch by also releasing detailed reports of his doctors appointments, vaccinations and medications. He will also include an itemized break-down of his BMI, weight, number of reps of various exercises. Of course, he will include obligatory shirtless photos as well (a tradition that he began years ago).

“Not only do I think this is a good business decision, but I just really feel that this is the right thing to do. I want to be transparent with my audience. They put so much trust in me, I just want to put that same trust in them. That’s why I’m posting my medical records online each month,” he said in an interview.

There are also unconfirmed rumors that Pat will also include documentation of his bowel movements. We can only hope!

Smart Passive Income and Pat Flynn are synonymous with transparency and trust. We congratulate Pat on continuing this tradition!

Content Upgrade: In our private interview, Pat gave us access to his first medical report dowload it below!

Posted on June 11, 2016 by PJ Moneybags. This entry was posted in Uncategorized. Bookmark the permalink.